How Junk Food Has Affected Kids In The Last 10 Years

Children and busy moms may love it, but the junk food habit is causing serious concern. We help you understand what the term means, how it can harm your child and how to help him break the habit. 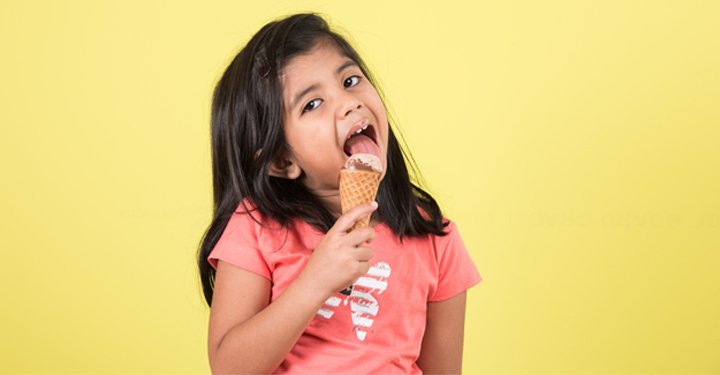 "Mamma, will you buy me Sour Cream chips for my school snack?" asked Rohit. "No Rohit, you know that's junk food. I'll make you a tomato sandwich instead," replied his mother. "But Mamma, I don't want sandwiches, I want chips," Rohit whined, and went on whining till his mother gave in. Does this sound familiar? It's a scene that is played out in thousands of households across India every day. Most often, the child wins the battle of wills.

Lack of time and ease of availability are strong factors that influence parents to yield to their children's demand for junk food. For the children themselves, bombarded by advertisements and peer pressure as they are, junk food is not just about keeping up with the 'cool' ones, it's also about craving. The condiments and flavour-enhancers used in junk food are addictive. Once a child gets used to the taste, it's hard to get her to give it up in favour of healthy options.

What is junk food?

How popular is junk food among children?

Nutritionists, doctors and scientists are concerned about the way junk food is taking over snack boxes and dinner tables. According to a 'Know Your Diet' survey conducted by the Centre for Science and Environment, a Delhi-based research and advocacy organisation, most schoolchildren in India don't eat a balanced diet. A 2017 report based on the study said packaged food was more popular among children than non-packaged food. As much as 53% of the children surveyed consumed packaged food or beverages at least once a day and an equal number ate salted packaged food such as chips and instant noodles on an average of over twice a week. About 56% of the respondents ate sweet packaged food such as chocolate and ice cream more than twice a week and 49% had sugar-sweetened packaged beverages also more often than twice a week.

The alarming increase in consumption of junk food is taking a toll on the health of children, physically, psychologically and academically.

A study published in the official journal of the American Association of Pediatrics in 2004 showed that children are more likely to consume more calories, fat, carbohydrates and added sugars in one fast food meal than a conventional meal. Their intake of fibre, milk and fruits and vegetables also tended to be lower than that of children who did not eat junk food.

The first is obesity. Childhood obesity is linked to a host of non-communicable diseases (NCDs), including diabetes, high cholesterol, blood pressure and cardiovascular diseases. NCDs were hardly a concern for paediatricians a few decades ago. But they're very much a problem now.

The low amount of dietary fibre in junk food-loaded diet leads to digestive problems like constipation, which causes abdominal pain and discomfort on a regular basis.

Junk food, which is specially processed, may also contain colours that could cause cancer and other health disorders in children.

It isn't only a child's physical health that is affected by junk food. Her mental and psychological well-being are impacted too. The high sugar content in junk food interferes with the sleep-wake pattern. Just consuming sugary beverages twice in a week is enough to play havoc with the cycle. This makes children irritable and inattentive.

Excessively sweet and fatty food leaves children feeling lethargic and impairs their ability to focus. This could affect their academic performance.

Obesity and poor academic performance can both affect a child's self-esteem, and lead to depression. And that's not all, a Mayo Clinic report warns that junk food as such has the potential to cause depression.

There is thus a clear link between the overall health profile and diet profile.

How to get a child off the junk food habit

Has your child fallen under the spell of junk food? Do you often yield to the temptation of ordering in a hamburger, a cheese-overloaded pizza, or even a tub of French Fries for your little one so that you can buy yourself a little 'me time'? Well, the good news is, both you and your child can kick the bad habit. Be practical. Don't aim to totally eliminate junk food at one shot, if it is already a habit or a craving. Instead, reduce the quantity gradually, though systematically. Here are some suggestions:

Let's go back to making meal times family time, with a choice of healthy, homemade fare. Let's give food the respect it was traditionally given both while cooking and eating. This will help reverse the junk food trend, and when we succeed in doing that, we will see the next generation grow up bright and strong.

Susan Philip, mother to a promising lawyer and an upcoming engineer, believes in empowering her children to be the best that they can be. In a career spanning more than two decades of both online and print-based writing and editing, she has worked for the PTI, UNDP and WAN-IFRA. She also functions as Editorial Coordinator for book projects.

There is no substitute to having a healthy diet and it is best to start early! Nutritious food for your toddler can lay a healthy foundation for years to come.

Want your child to have beautiful and glowing skin? Check out these 5 natural skincare ingredients

Taking care of a child's delicate and sensitive skin is vital. See our list of five homemade natural skincare ingredients that are both safe and effective to use on your little one