Equality, far-sightedness, being different, and belief in their children. These popular cartoon character dads can teach a lesson or two on how to be a super-dad. Read on 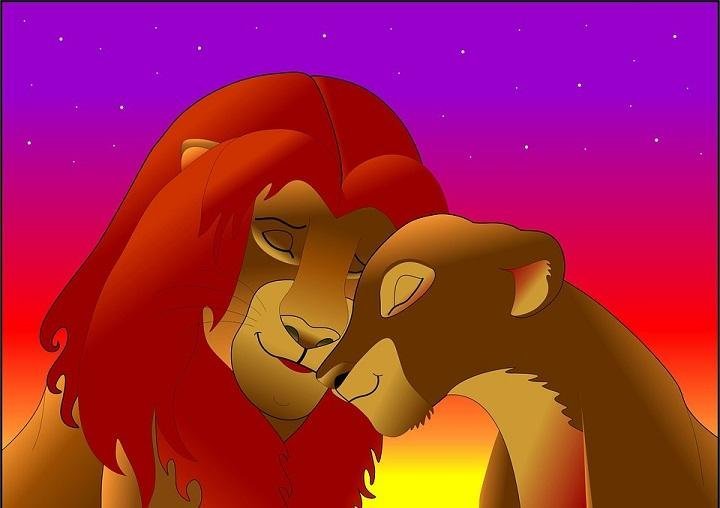 Cartoon or animated characters not only capture the imagination of the young minds but are also loved by adults. A good source of entertainment, animated characters teach children about important life lessons. Adults can also derive some much-needed learning from cartoons, as some memorable characters have shown us time and again.

Mufasa as the Lord of the jungle and tribe leader lays a lot of emphasis on keeping the animals in the jungle together, especially the tribe. He imparts the same learning to Simba and reiterates the need for love to keep the bond between members of the tribe.

The same can be extended to real-life scenarios where it is important for the family to stay together. Today, the family structure is largely becoming nuclear on account of a number of reasons and hence, the need to try and bring the clan together - be it festivities, holidays or special occasions.

Manfred also known as Manny, is the overprotective and nervous husband when Ellie is expecting their daughter and soon turns into an overprotective dad, when Peaches is born. Like any father, Manny is devoted and creates playing areas for Peaches to play as she grows up and teaches her how to play ice hockey.

In today's 24X7 environment, taking time out for ourselves seems like a distant dream, yet what we can learn from Manny is that by sparing time for our children and spending precious moments with them - helping them develop a hobby or sport - will create a deeper bond.

3. Emotions should not drive decisions

Simba's daughter Kiara falls in love with Scar's son Kovu and in a power struggle between the outsiders and the pride, is forced to leave the Pride Rock in search for Kovu once he is banished by Simba. Kiara and Kovu return to rationalize with Simba who finally agrees to their request. The father realizes that he was being overprotective of his daughter and must learn to let go.

Sometimes adults let their ego and their rigid mindset come in the way of making rational decisions. Simba teaches dads how you should let go.

4. Learn to give independence

Marlin's adventure to rescue his son is epic in terms of the risk and the effort involved. His overprotective nature towards Nemo leads to the beginning of the adventure itself. Nemo is compelled to leave the reef because of being embarrassed by Marlin and he decides to disobey him.

As parents, we want to protect our children at all times but it is also important for us to encourage our children to be independent and take calculated risks. This will go a long way in increasing their confidence and self-belief. Be a shield but at times being invisible can help.

5. There is no difference between boys and girls

King Fergus, a visionary, ensures that his daughter Merida is imparted training in the use of weapons, much against his wife Queen Elinor's wishes. The King believes that self-defence is essential irrespective of your background, so he ensures that Merida is not only an ace archer but also skilled in spears, sword-fighting and racing. This way Merida becomes an independent woman, who sets an example for others to emulate.

As a father, it is imperative that like King Fergus, we do not create any differences between our children.

6. Believe in the children

Pocahontas, the daughter of Chief Powhatan, the leader of an Indian tribe demonstrated maturity beyond her age. Even though her father's fiercest fighter had expressed his interest in marrying her, she spurns the offer only to fall in love with a European. What is refreshing to see, is her father's confidence in her choice and sense of maturity.

As parents, it is our right to believe that we know the best for our children, but this may not always be true. Being flexible and believing in one's child and backing his or her decision is also our responsibility as parents.

All dads have hopes, plans, and dreams for their children. What is important is to not force our ambitions and aspirations on our children. Each child is unique and should be allowed to flourish in her own time and pace. That is what we learn from these cartoon dads.

Emoji Alert: Different Emojis And Their Meanings. Know Your Emoji Before You Type

Do you love using the peace sign emoji? Good to hear. However, that emoji stands for something else. On World Emoji Day, we bring you the ultimate guide to the actual meaning of popular emojis

Navrati Special DIY: How to make your very own 'Golu' dolls this Navratri

The 'Golu' or the display of dolls is an integral part of Navratri celebrations in South India. This Navratri, add a personal touch to your celebrations by making these easy golu dolls with your kids!

Jyothi Prabhakar + 7 more have read this