Written by Vinita Sidhartha and published on 23 April 2021.

Indian culture is diverse and offers a treasure trove of stories that can enrich any child's knowledge and experience. Pass this on to your child by making it spontaneous and fun The dictionary defines the word culture as the ideas, customs and social behavior of a group of people and the word tradition as the transmission of customs or beliefs from generation to generation. Although the words are used interchangeably, I like to think of culture as the customs and tradition as the effort of passing them on. The role of family and parents is therefore critical for the preservation of our culture.

Culture isn't something that can be taught in a classroom. It's the gradual assimilation of thought processes and behavior that are learned over a period of time so that they become a part of the everyday. In the olden days, this happened almost seamlessly through the interaction of multiple generations living together.

However, with the growth of the nuclear family, and in many cases, split families, this seamless and natural interaction between generations has become greatly reduced. Children are often left with attendants and nannies leading to a further breakdown of regular interaction. While conscious effort is made to spend time together in recreational and academic pursuits, what is often lost is the passing on of culture.

Indian culture is fascinating in its variety. No matter what your preference or age, there is a wide choice of elements that can appeal to you. Among these, perhaps the most versatile are songs, stories and games with each generation absorbing a different aspect from them.

For example, a simple game of pallanguzhi might be just fun for the child but the more complex rules could be an effort in mental mathematics for an older person. A teacher may look at the motor skills being developed, a psychologist may look at the need to learn how to win and lose, and yet another may look at the powers of concentration involved.

The same goes for our stories. From the basic concepts of good and evil to more complex shades of grey, you can introduce children to layers of information. What is required is a more conscious effort to ensure that culture is transmitted from one generation to the next. It's a good idea to initiate the toddler to this learning through stories, music and games.

Here are a few things to keep in mind while imparting these valuable aspects of culture to your little one.

I remember storytelling lessons in school which were ruined by the concluding statement about the moral of the story! The session becomes a lesson rather than an enjoyable way to spend time. Children can and will draw the necessary lessons. When they are older, a discussion about the story and allowing them to vocalize their thoughts is a far better way to help them imbibe the values than thrusting morals and judgment.

Make it spontaneous and natural

Structure in many ways eliminates the natural flow of learning as all structure is focused on a single outcome. For eg, playing a simple game of parama padam (the Indian version of snakes and ladders) taught the child mythology, how to count, to add, to identify numbers, to win and lose and so many other things.

Make it a part of the everyday

Culture is not something separate from daily life – it's a part of it. If we live the culture through our food, activities and customs, it becomes the norm and therefore something comfortable and familiar. Teaching culture as a specific activity only separates us from it and thus makes it something outside day-to-day life. 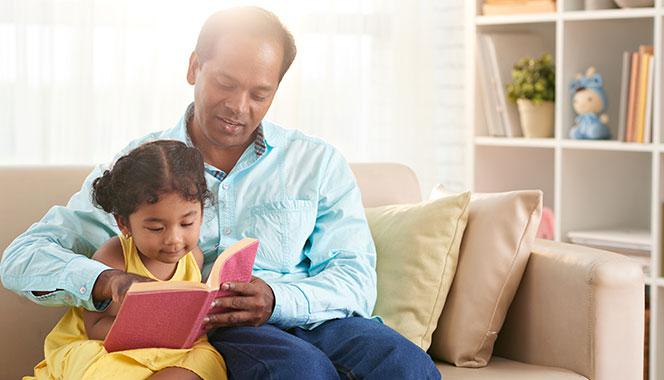 Many aspects of culture can seem too complex for a toddler to understand. Take festivals, for example. The cooking of an elaborate feast, or religious ceremonies, by themselves, mean very little to a toddler. Those are the elaborate rituals of adulthood. Instead, focus on one simple aspect of the celebration that the toddler can participate in. Stories particularly are a wonderful way of doing this. Amid the hustle-bustle of a festival set aside half-hour for a storytelling session. Let it grow to be a family tradition and incorporate it as an integral part of your celebrations every year.

Children like to be a part of activities that everyone participates in. It makes them feel grown-up. Pick an activity, song or game that everyone enjoys and do it together. It adds to the fun of family time and contributes to the cultural growth of the family as a whole.

What's important is to remember that culture is about the essence of things, not the things themselves. It's not how you celebrate a festival, but the celebration itself. It's not how you tell the story, but the story itself. Each family must create its own customs and traditions in keeping with changing lifestyles and ideologies.

But if at all it can be done, perhaps the most crucial effort will come in having toddlers spend time with grandparents. Then the learning happens seamlessly. After all, grandparents are the true storehouses of the culture of our nation.