Written by V Saravana Kumar and published on 26 July 2021.

Natural disasters cause tremendous damage to humans, physically and mentally. And, the impact on children? It can be quite traumatic. So, how can you help your children cope with natural disasters? 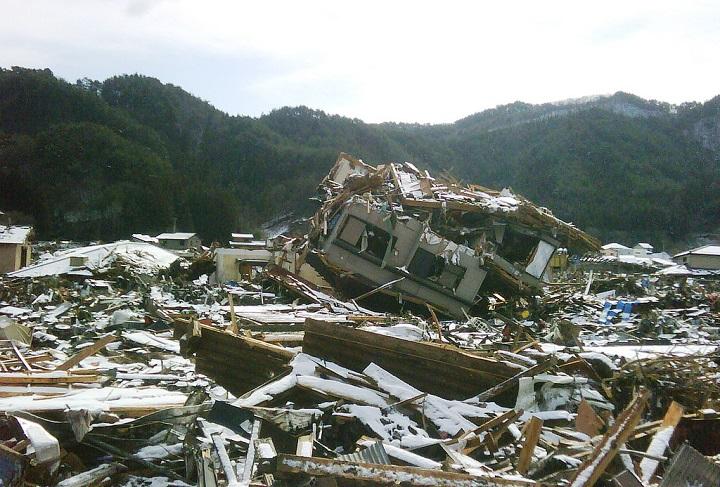 Nature is the most underestimated phenomenon that mankind often takes for granted. A beautiful river or a sea can suddenly become furious and cause huge devastation. This was witnessed during the 2004 Tsunami and the 2013 Kedarnath flash floods that wrecked unimaginable havoc.

The chaos and devastation

Lost lives, ravaged homes, destroyed livelihood - the after-effects of a natural disaster are quite devastating. A sudden, sorrowful disruption in normal life can cause huge physical and mental trauma. People who were living with all sorts of comforts suddenly find themselves amidst shattered homes. Life becomes tough all of a sudden, with swelling crowds at relief camps, struggling to get food and other essentials. The emotional imbalance and mental agony that one can face in such a situation is quite terrifying, to say the least.

A few days after the great deluge that Chennai witnessed in 2015, Santhaunam, who works in the field of marketing and advertising, said, "It took just two days to remind people of the true meaning of life. I saw a message on social media that was spine-chilling. Someone said that he had money in his bank account but ATMs were not working, had a car but couldn't drive due to water-logging and had the latest model i-Phone but couldn't talk to anybody. Life indeed had come a full circle during those few days."

Effects of natural disasters on children

If adults are subject to such physical and mental suffering, just imagine what can happen to children. According to an estimate by The United Nations Office for Disaster Risk Reduction (UNISDR), the number of young people affected by disasters in the world is over 100 million, which makes it the largest group that gets affected. A natural disaster is an 'abnormal event' in a child's life, which is normally pre-occupied with home and school-related routines. With things going topsy-turvy, the young mind struggles to comprehend the sudden change of events that take place.

Chennai-based psychologist Karthik Lakshmanan says, "Children will be terribly upset with the loss that they endure in times of such disasters. Lost books, toys and personal belongings have a big impact on them, whatever their age may be. The fear of losing something very important continuously scares them and this may lead to psychological imbalance."

The trauma experienced by children when natural disasters strike may lead to a lot of unfavourable reactions, a few of which are:

Adults, especially parents, should always make sure that children are fed with positive information during times of natural disasters. A global study conducted by Lifeline, Australia, recommends, 'Immediately following a traumatic event, children often need extra attention and reassurance. Be sensitive to these needs and over time allow the level of attention to return to normal'.

It is essential that parents provide emotional support for their children in order to keep their panic levels under control. Durai Arasu, Associate Editor of Chellamey, a parenting magazine in Tamil, recalls his experience of dealing with his 7-year-old daughter during the recent Chennai floods. "As the water rose up to knee-level in our house, my nervous daughter started asking if there was a Tsunami. I started explaining, in between making preparations to evacuate our home, that this was a flood caused by heavy rains and was not as destructive as the Tsunami. I tried my best to calm her down, giving her a mini-counselling session. Once she understood what I said, she became calm," he says.

As a parent, here's what you can do to help your child cope with the negative impact of natural disasters:

Karthik Lakshmanan adds, "This is the time to educate children about some valuable principles in life like the importance of savings. You could tell them how the money you had saved in your bank account is going to help you in sustaining the family during the days of recovery and for replacing the lost things. This might sound crazy in that situation, but it is a very good opportunity for you to teach your children a good habit. And it also helps in diverting their attention from the disaster."

Will it hurt a child's academic performance?

Natural disasters inflict so much pressure on children that they tend to lose focus on their studies. With schools being closed for days together, and books and other learning materials damaged, children start developing an aversion to studies. "To help your children regain their focus on studies, you need to make a calculated, slow-but-sure approach. With exams around the corner, it is important that children need to get back to their normal learning ways as soon as possible; but, never force them to speed things up. Be with them, encourage them at frequent intervals, and put in a lot of humour, to make them take a refreshing look at their textbooks," suggests Karthik Lakshmanan.

How to be prepared for a natural disaster?

A natural disaster can strike without any warning but it is always better to be prepared at the slightest hint. If you happen to live in a disaster-prone area, keep a couple of backpacks loaded with essential things like torchlights, ropes, lighters, scissors, rechargeable batteries, inflatable tyres and a first-aid kit. (Please go to Page No.16 in this edition for more on Disaster Management Kit). Once you sense some danger, it would help you save a lot of time in preparing for an evacuation. Knowledge of emergency helpline numbers is very vital, as it connects you to possible rescue teams within minutes of being struck by a disaster.

"Mental preparation is very important for those living in disaster-prone areas. Children need to be trained to face any extreme condition, without being scared. It should only be seen as a precautionary exercise of readiness, rather than an act of survival," says Karthik Lakshmanan.

Human life is hugely nature-dependent and when disaster strikes, it takes an awful turn. Let our children understand the myriad faces of nature. Keep reminding them that a sustainable lifestyle will help them cope with natural disasters efficiently. Most importantly, emphasise on the importance of caring for our fellow humans, just as the 2015 Chennai floods showed us.

There can't be a more rewarding experience than adopting positive ways to guide your child towards growing up into a well-rounded individual. Read on to know more about positive parenting.

lrn play parenting control + some have read this

Adherence To Rules And Leadership

"We were brought up with the kind of discipline the army clan demands. Discipline and adherence to rules were always the priority."