10 Interesting Facts About Sanskrit For Kids

On World Sanskrit Day, here are some facts about this ancient Indian language you should share with your child. 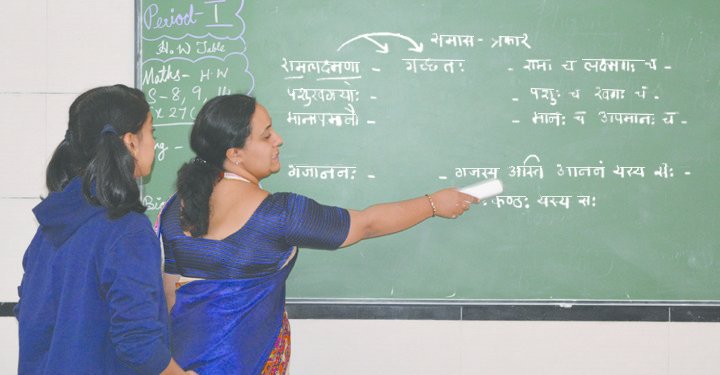 The word Sanskrit comes from samskrtam, which means 'put together' or 'perfected'. Sanskrit Day, also known as Sanskrit Diwas, has been celebrated since 1969. It is celebrated every year on shraavana purnima, which is the full moon night of the fifth month of the Hindu calendar, shraavana. This year, the World Sanskrit Day will be celebrated on 26 August.

Sanskrit Diwas is commemorated to revive the interest of the world in Sanskrit and make everyone aware of it's historical significance. However, outside religious and academic circles, the use of Sanskrit as a medium of communication or study has seen a rapid decline over the years.

To help your children understand and connect with their rich cultural heritage and revive their interest in this ancient language, share with them these interesting facts about Sanskrit:

Sanskrit has been a significant part of India's rich cultural and linguistic history. It is the foundation on which many Indian languages are based and is used for all Hindu religious ceremonies, even today. Share these interesting facts about Sanskrit with your child and help her understand why learning this language is important today.

Thanks for sharing this nice post, if anyone wants to know more about one of the most divine language of the world "Sanskrit", then "Dr Ramesh Mishra" a famous Sanskrit Home Tutor will surely help you to increase your knowledge about Sanskrit. For more details, you can also visit: http://www.hindisanskrittutor.in/

Worried that your child hasn't finished his holiday homework yet? Fret not. We give you tips on how you can help him finish his work despite the holiday mood.

With the rapid depletion of conventional sources of energy, we need to do our bit to save natural resources. These experiments will help your child understand the importance of energy conservation.

How To Help Your Child Pay Attention In Class

Do you often get complaints from teachers about your child not paying attention in class? Wondering how you can address this situation? We give you some practical suggestions.