Owe my success to my mother and the countless sacrifices she made for me: Table tennis champion Manika Batra

Written by Team ParentCircle and published on 17 May 2021.

Manika Batra, who made the country proud by winning gold at the 2018 Commonwealth Games says whatever she has achieved is a result of her mother's unwavering faith in her 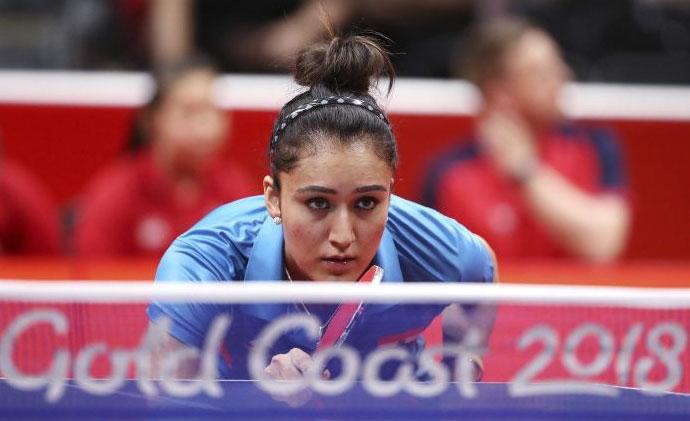 Manika Batra had already started enjoying a game of table tennis (TT) from an early age. The sporting sensation started holding a paddle when she was just four and has never looked back.

She won four medals at the Commonwealth Games 2018, including two gold medals, and her tricoloured nails made as many headlines as her amazing performance. Manika credits all her success in the world of table tennis to her mother, Sushma Batra.

In an exclusive interview with ParentCircle, the TT champion says that her mother is truly inspiring, because of the sacrifices she made so that her daughter could fulfil her sporting dreams.

Q. You started playing table tennis when you were just four. What was the motivation behind this?

A. When you are a child of four, there is no real motivation but I enjoyed the sport. As I started playing the game in school, it became my passion. Everyone supported me. I also grew up seeing my elder brother and sister play table tennis and got motivation from them.

Q. How was your experience of representing India and winning at the Commonwealth Games 2018?

A. It was a feeling of immense pride and joy to represent my nation at such a great sporting stage. It was a dream come true that I not only played for India but also won a medal and created history at the games.

Q. In the Commonwealth Games, which match was the most difficult for you?

A. My semi-final match, where I beat the number four ranked player in the world, Feng Tianwei of Singapore, was the toughest match of the games for me.

Q. How did you balance academics and training for table tennis in school?

A. It was difficult but I am glad that I was able to strike a fine balance between sports and studies. My school, Hansraj Model School, Punjabi Bagh, extended full support to me as well.

Q. What has been the role of your parents in shaping your sporting career?

A. My parents supported me a lot since the beginning of my TT journey. In addition, I would also like to mention that my victory would not have been possible without the support of my coach (Sandeep Gupta), the Table Tennis Federation of India, the Indian Government (who provided the TOPS scheme) and my employer (Indian Oil Corporation Limited).

Q. How much of an inspiration is your mother in your life?

A. She has inspired me a lot, as she has been with me from the start. She used to travel with me for my matches and whenever I had to play a match she would be more energetic than me. I owe all my success to her. She has supported me in all aspects whether it be physically, emotionally or financially.

Q. You dropped out of college to concentrate on table tennis and you also turned down modelling offers. Did your mother support you in your decisions?

A. From the time I was four and started playing, my mother has been with me. She supported my decision to drop out of college. Even when I was playing in school, she would be waiting for me outside the school for a long time. She made so many sacrifices, leaving the house and travelling with me. She takes care of my diet too.

In my opinion, I think my mom has done more than any other mom would do. That is the reason I'm here today. She is a very disciplined lady and values relationships.

Q. What are the skills that one needs to excel in table tennis?

A. Table tennis is all about speed, a sharp mind and agility. With each day, you must improve your game, and nowadays with technology, it's easy to read your game.

Q. What is your take on the sports scenario in Indian schools?

A. It is definitely picking up now. Even parents are now open to the idea of their children following sports as a full-time career, and it is heartening to see that.

Q. What are your plans for the future?

A. I just want to work hard to break into the top 20 in the world rankings and win the Olympic medal for India. I want to focus on one tournament at a time and I will train hard for that.

Indoor plants week: 5 plants that will add a touch of elegance to your child's room

Do you have a child with a green thumb? During this Indoor Plants Week (September 17-23), here's what he can do - pick one or more of these indoor plants to adorn his room while also learning how to take care of them

This Diwali, add a touch of elegance and warmth to your home with these budget-friendly decoration ideas

Celebrating with the family is what makes festivals special. And decorating our home forms a major part of the festivities. We bring you ideas to decorate and make your home brighter and more beautiful. Happy Diwali!