5 Research-backed Reasons Why Your Teen Should Not Media Multitask

Written by Team ParentCircle and published on 20 July 2021.

With technology and social media overtaking the lives of the youth today, we tell you why it's essential your child learns to focus at one thing at a time. 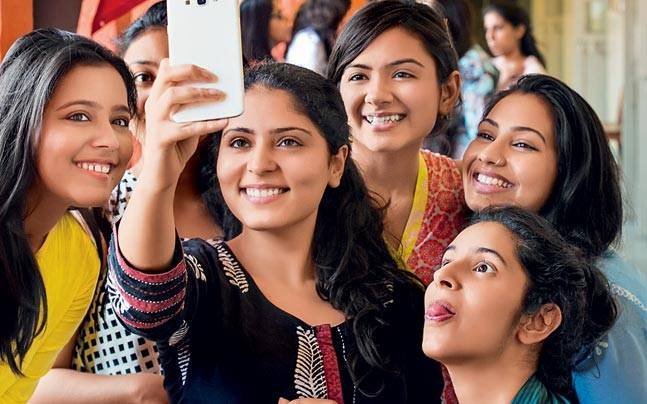 The rapid advancements in technology have compelled the average person to become a serious multitasker. So, you have people attending a dinner meeting, checking mails and formulating business plans for the next financial quarter, all at the same time.

Like adults, teens today are also often seen spending a lot of their time on various social media platforms. They are constantly distracted by devices even while engaged in a regular task like studying or doing a house chore. Does multitasking affect your child's productivity? Some researchers seem to think so.

What is media multitasking?

Media multitasking involves the consumption or use of multiple media at the same time. For example, if your child texts while watching TV at the same time, he is indulging in media multitasking. This phenomenon is so common among the youth today that they are sometimes referred to as the 'multitasking generation'. However, media multitasking takes away focus from the task at hand. According to a study by Cardoso-Leite, Pedro et al, titled 'Technology Consumption and Cognitive Control: Contrasting Action Video Game Experience with Media Multitasking' published in the journal Attention, perception & psychophysics (2016) 'media consumption can have complex and counter-intuitive effects on attention'.

1. Distracts them: According to a research, 'Cognitive control in media multitaskers' by Eyal Ophir, Nass and Anthony D Wagner, published in National Academy of Sciences (2009), 'heavy media multitaskers are more susceptible to interference from irrelevant environmental stimuli and representations in memory'. Children who constantly engage on several social media platforms at the same time tend to be more easily distracted. This means that the more your child indulges in media multitasking, the more difficult he'll find to concentrate on a single task at one time.

2. Lowers academic performance: According to another research paper, 'Facebook and texting made me do it: Media-induced task-switching while studying', by Larry D Rosen et al, published in Computers in Human Behavior (2013), children who engaged less in social media, scored better grades. So, having constant distractions in the form of technology and social media affects your teen's academic grades.

4. Decreases accuracy: A study by Rachel F Adlera and Raquel Benbunan-Fichb, published in International Journal of Human-Computer Studies in 2012, showed that levels of accuracy were affected in people who multi-tasked more. This means your teen might be less accurate in learning concepts which will affect his grades and academic growth.

5. Reduces productivity: If your teen spends too much time in switching from one task to another, it creates a decrease in productivity, according to an article titled 'Multitasking: Switching costs' on the official website of the American Psychology Association. As she focuses less on each task, her learning from each activity decreases.

Of course, certain types of activities can be performed together, especially if they use different parts of the brain. For example, your child can walk and converse with his friend at the same time because both activities use different parts of the brain. Technology and the social media are a boon. As a parent, you should ensure that your child uses them wisely.

As children grow, they tend to pick up some annoying and harmful habits, which may also be socially inappropriate. Find out how you can help them quit any bad habit they may have picked up.

Is My Child's Anger Normal?

While temper tantrums are normal during childhood and exchanging angry words typical of adolescence, extreme anger isn't. Read on to understand if your child is suffering from anger overload.

There is no denying that there are certain children who indulge in underage drinking. This article explores this problem and gives you solutions.

Pradeep.K + some have read this