Is Your Kid Mean-Spirited? Here's What You Should Do When Your Child Is Being Mean

Why do you think a child acts mean? Is it just bad behavior or a desperate cry for help? As parents, you need to step in and help your child change before his meanness becomes self-destructive 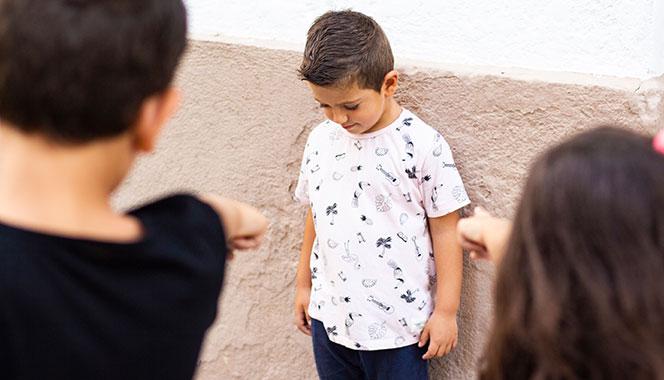 What is meanness in children? It could be pulling a dog's tail, making fun of someone's weight, or not allowing a shy child to play with the group. Or, it could be worse"hitting a classmate or spreading rumors about someone they don't like. These are some of the ways children can act mean.

Why do children act in a mean manner?

Gurgaon-based psychotherapist and life skills expert, Aparna Balasundaram, says: "Being mean is usually a defence mechanism for children against a deep sense of hurt, sadness, shame or unfairness. Instead of facing these feelings, they externalise their own pain with angry words and mean actions that hurt others. This way, they don't have to deal with their own negative emotions. Being mean and hurting others also gives children a sense of power over others. In some cases, it may be a sense of entitlement that makes children think they have the right to be rude. This is especially true when children are rude to domestic help. Here, it is probably because parents have not taught them to respect others."

Meanness could also be an impulsive reaction a child may feel angry or hurt and lash out. And, at times, it can be unintentional as a child may not even realize that he is being mean.

However, when children deliberately act in a mean manner, it becomes a matter of great concern.

According to Dr Eileen Kennedy-Moore, a US-based psychologist and author, "Children may be mean because of empathy blind spots. They decide that the feelings of certain individuals don't matter, and so, feel justified in being mean to them. They may say the victim is 'annoying' or 'weird' and feel that makes their unkind behavior acceptable."

What can you do, as parents?

The sight of your child acting in a mean manner can be extremely distressing. You may feel baffled and have no clue why your child is acting this way. You might also feel anxious when the question, "Is there something wrong with my child?" arises in your mind. At times, some parents feel guilty, blaming themselves for poor parenting. They may feel ashamed to face the parents of the victim and also, angry with their own child for landing them in an embarrassing situation.

So, here's what you should do when your child is being mean:

There could be several reasons and negative emotions that can cause a child to be mean. Help your child identify the underlying factors and deal with them appropriately. Build emotional intelligence in your child so that he understands his own emotions and behavior. If you are not making much progress and your child's behavior is getting worse, take him to see a counselor or a clinical psychologist.

A child's mean behavior can be a cry for attention or help. Whatever the cause, as parents, don't let such behavior become a habit. In fact, it is vital to curb such traits at the earliest as the beliefs and behaviors of a mean child can be harmful to others and destructive to the child as well.

How To Deal With Teenage Behaviour Issues

Do your teens's actions confuse you? Do you feel like she doesn't want to spend as much time with you anymore? Well, you are not alone! Let's take a look inside the teen brain together.

Why Is My Teen Avoiding Me?

Worried because your child no longer wants to spend time with you and tends to be curt and distant during conversations? Understanding why the relationship has changed will help you reach out.

Rajarathinam Thangavelu + some have read this

Tips to Get Your Kids to Clean Their Rooms

All parents want their child to develop a sense of responsibility. Asking your child to clean her room can play a role in turning her into a responsible individual. But how can you get her to do it?