Teenage Depression: How To Deal With It

Is your teenage child shutting you out of her life of late? It could be more than just teenage blues. Parents need to identify the warning signs sooner. Find out how to deal with teenage depression. 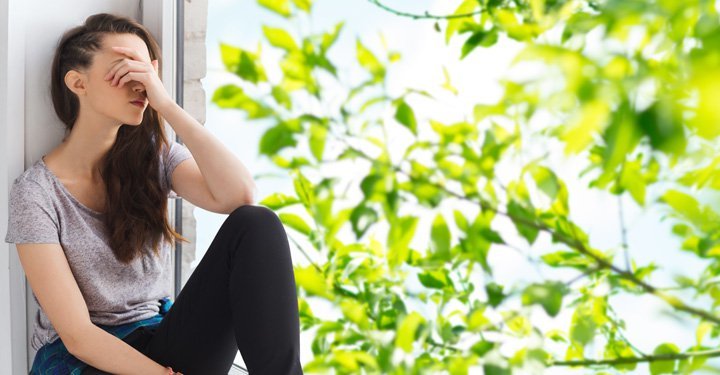 "I have been to hell and back," says 17-year-old Reshmi (name changed) recalling her battle with depression. She was 15 when her father got transferred to Chennai from Mumbai. Leaving the only city she had called home for the past one and a half decade, and being transported to a city where everything including the language, the food, the people and the lifestyle was different, was more than a cultural shock for her. "Loneliness gripped me and I felt trapped. I withdrew into a shell. I could not make new friends and did not feel like reaching out to my old ones either. TV and junk food became my faithful companions. I put on twenty kilos in twelve months. My grades slipped. Dad and mom were at a loss. Someone suggested a psychiatrist to them. After living in denial that there was nothing 'mentally' wrong with their daughter, my parents finally agreed to the suggestion. A series of counselling sessions made me realise the gravity of my situation. With my own determination and the unconditional support of my parents, I pulled myself back from the brink. Slowly, I arranged my life in order. I got in touch with my old friends online, began interacting with my new classmates and most importantly, I reached out to my parents. It took a lot of time and there were those moments of frustration and anger. But finally, I was free from depression."

This is a true story of a girl who chased her blues away. As parents, you may be tempted to dismiss your teen's brooding manners and uncommunicative moods as just 'one of those growing up things'. But these may be signs of teenage depression also known as juvenile depression.

What is juvenile depression?

Your teenaged child does not allow you a generous peek into his school life anymore. Test scores are getting lower and you are clueless about friends found or notebooks lost. Your once vivacious child, now prefers the sanctity of his room, surfing the Internet, sulking with a book, quietly simmering with some secret anger or staring listlessly, with ears glued to the headphone.

Further, you notice that this has been the case for weeks; and hence surely, the behaviour has a deeper cause than a mere fight with a good friend. Well, this could be a case of juvenile depression, which is now targeting teens with alarming ease. According to well-known counselling psychologist Sangeetha Makesh, "Depression is a feeling of intense hopelessness with frequent crying spells accompanied by a general lack of initiative to do anything; in extreme cases, it brings about suicidal tendencies."

The suicide rates among teenagers are depressingly high; a slight trigger can make the teen take an instantaneous tragic decision, for a cause that was not revealed to you. The teen may not identify it as depression.

So, recognising and tackling teenage depression is thus, more of a parent's responsibility. Eminent psychiatrist Dr S Mohan Raj explains, "Symptoms like sadness, hopelessness and withdrawing from social life appear both in adults and teens. However, while adults experience loss of appetite and sleep during depression, teens may exhibit a marked increase in hunger and the propensity to sleep longer. Diet and sleep patterns may swing either way."

Children encounter the world of competition, career choices, heartbreaks and peer pressure as they move to higher classes. Life seems to throw more problems and offer lesser solutions. Eager to be seen as brave and independent, they disregard your advice, resist your protection and attempt to resolve problems by themselves rather unsuccessfully.

Clinical psychologist Sangeetha Madhu says, "It is difficult to isolate a single cause of teen depression. A combination of genetic and environmental factors trigger and aggravate the symptoms, such as a family history of depression and an exposure to psycho-social stressors at school and home. Personality factors, coping styles and the extent of or the lack of support from friends and family, all play varied roles in rendering a child vulnerable to depression."

Dr Raj explains that in children, the cause is often academic. "For instance, children with learning difficulties like dyslexia may be exposed to peer ridicule and taunts which push them into a shell," he says. Madhu agrees that though teens face similar problems, not all are susceptible to depression.

So, as parents, here are a few steps you can take as you raise your children:

Be a friend and guide

Unintentionally, parents may be behind a child's depression. Retired teacher A G Tara, who has helped students overcome depression, says, "During my teaching days, I realised that parents needed counselling more than their children. Parents have to accept that their children have grown up and can handle most things responsibly. Also, they should not confront each other in front of the child as it affects the child's sense of security."

Further, domineering parents tend to affect a child's emotional well-being. Some coax their children to pursue an educational stream which they deem best, without even consulting their children. Tara believes that parents should never attempt to fulfil their dreams through their children nor should they dominate the decision-making process. So, she remarks, "Parents can at best advise and guide teens to make informed decisions."

Parents need to realise that for all the hormonal surges and emotional ups and downs faced by their child, teenage life is only a temporary phase. A few years down the line, children will laugh at the punk hairstyle they once flaunted, which gave much grief to their parents at that time.

Most parents are able to distinguish between tantrums and genuine irritability. Let your parental antennae guide you. Trust your instincts to help you decide when your teen needs help.

Dr Raj says, "Parents should have a healthy dialogue with their children regularly to keep abreast of the happenings in their lives. This way, they can recognise any abnormal symptoms and help stem depression in its nascent stage."

The way you talk to your children also makes a lot of difference, says Tara. "When you lend an ear, let your tongue take rest. Encouraging teens to open up is difficult and requires a lot of persuasion. Once they confide in you, let them pour their hearts out without interruption," she advises.

Gone are the days when seeking psychiatric help was considered a stigma. Seek out a reputed clinical psychologist or a psychiatrist who specialises in paediatric and adolescent cases, if you feel your child needs help. Discuss and seek feedback from your children on their comfort level with the psychiatrist.

"Being physically active is vital, as exercise releases endorphins, the body's natural 'feel good' chemicals. Exercise acts as both prevention and cure. Swimming, cycling and walking are great for rejuvenating the mind and body," says Dr Raj.

Experts warn that antidepressants should be used as a last resort as most of these are meant for adults and can have negative effects on teens. They have to be administered under strict medical supervision and care.

With your patience and untiring efforts, it is possible for your child to gradually come out of depression and behold a brave new world with a sense of joy, awe and wonder.

Smita Shenoy is a freelance writer.

Is your child obsessed with posting a selfie online? Do you know that Selfitis, the addictive need to post selfies, could point to underlying mental health issues?

Teenage is fraught with many dangers, especially substance abuse and drug addiction. These can have serious consequences and even lead to depression and mental health issues. Parents can play an important role to prevent these ills. Here are some pointers for parents

Krati + some have read this