10 Animals that once roamed the Earth, which are now on the list of extinct animals

Written by Ashwin Dewan and published on 16 June 2021.

Over the past decade or so, many animals have sadly joined the Dodo and Dinosaurs on the list of extinct animals. From the Pinta Tortoise to the Pyrenean Ibex, talk to your child about the animals that have bid goodbye to us in the recent years In school, children go bonkers exploring the exciting world of the aggressive Tasmanian tiger, admiring the huge tusks of a mammoth, and recoiling in fear at the ferocity of the Sabre-toothed cat. Sadly, they can do so only through textbooks. For these magnificent beasts that once roamed the expanses of the Earth, are now extinct.

Rapid deforestation, destruction of natural habitat, rampant urbanization, and reckless hunting have all come together to wreak havoc on the animal kingdom resulting in the extinction of some amazing species."Each and every animal on earth has as much right to be here as you and me" - Anthony Douglas Williams, author and animal rights activist

So true, isnt it? Come, let us take a look at some animals that have gone extinct in recent years. These are animals you are familiar with but those your children might not be. Take a moment to introduce your kids to wildlife that once was!

Where it was found: Hawaii

When George, the tree snail, passed away on 1 January 2019 at the age of 14 (considered old in terms of snail age) inside his terrarium at the University of Hawaii, it was another blow to mother nature. For George was the last of his kind. Once present in abundant numbers, the tree snails had smooth, glossy, oblong shells that displayed a whole spectrum of colours ranging from yellow, orange, red, brown, green, and white.

These snails mostly fed on fungus that grew on the surface of plant leaves native to the region. They went extinct due to human collection, predation, and loss of habitat. Interestingly, George got his name after Lonesome George, the Pinta Island tortoise who was also the last of his kind. Where it was found: North-eastern part of North America

On 22 January 2018, the Eastern Cougar subspecies was officially removed from the endangered species list by the United States Fish and Wildlife Service. Distinguished by its large size, long tail, and deep tan colour, the Eastern Cougars were primarily meat eaters and hunted deer, pigs and small mammals. The decline in the number of Eastern Cougars had started decades ago and by the 1930s, these magnificent cats were referred to as ghost cats.

Interesting fact: Kids would be interested to know that this member of the big cat family was called by many names such as puma, cougar, panther, and mountain lion. Where it was found: Taiwan

Once indigenous to the island of Taiwan, the Formosan Clouded Leopard was hunted to extinction. The main factors were the destruction of its habitat and illegal hunting of their skin and bones but also for its colourful pelt that was much prized by hunters and poachers. Cameras were set up in several protected areas in Taiwan between 1997 to 2012 to find any signs of this leopard but to no avail.

The Formosan Clouded Leopard had a short tail as compared to other leopards and fed mostly on various animals like deer, birds, monkeys, pigs, and goats. Today, the only way for kids to see this beautiful creature is the stuffed specimen kept in the National Taiwan Museum. Where it was found: Galapagos islands

When a tortoise named Lonesome George passed away on 24 June 2012 at the Galapagos national park on the Galapagos islands (a province of Ecuador), it marked the end of a species. To be more precise, Lonesome George was the last remaining specimen of the Pinta Tortoise. These giant tortoises were herbivores creatures, whose diet consisted of greens, native fruits, and cactus pads. They could survive for a period of almost six months without food or water.

A well-known celebrity in his own right, Lonesome George was over 100 years old. He was discovered by scientists in 1972 at a time when it was believed that Pinta Island Tortoise had already become extinct.

The arrival of a multitude of explorers to these remote islands, at the beginning of the 19th Century, marked the beginning of the end of Pinta Tortoises. Rampant hunting for their meat by hunters and sailors was one main reason for their extinction. There were multiple attempts made to mate Lonesome George with other tortoises to produce Pinta hybrids. Sadly, none of the attempts bore fruit.

Where it was found: South Africa and Zimbabwe

Of all the animals that became extinct, the story of the West African Black Rhinoceros is the most disappointing one. This can be attributed solely to the fact that at the start of the 20th Century, the population of these species of rhinoceros numbered almost a million. However, rampant poaching, the loss of habitat, and game hunting were the main reasons behind the extinction of this magnificent creature.The West African Black Rhinoceros were also prized by poachers for its horn that was coveted by people (especially in Asia) as a miracle cure for many ailments. These rhinoceros fed mostly on leafy plants and shoots in areas surrounding their habitat and had two horns.

According to a report titled African Rhino: Status Survey and Conservation Action Plan published in 1999 by the World Wide Fund For Nature (WWF), there were only 10 Western Black Rhinoceros left in the year 1997.

The species was officially declared extinct in 2011 with the last sighting reported in 2006 in the northern province of Cameroon.

Where it was found: Christmas Island, Australia

The Christmas Island Pipistrelle was a species of the vesper bat that was the smallest species of bat in Australia. It had dark brown fur with a slightly protruding tail and triangular ears. The last echolocation call of this bat was recorded by a bat detector on 26 August 2009 and sadly, another call has not been heard since.

In fact, the same month, the Australian government had attempted to rescue the bat by bringing the remaining creatures into captivity. This was not to be as the last echolocation call of this bat was recorded on August 26, 2009 and has not been heard since. There is no clear, definite reason given for its extinction, but scientists have put forth many theories such as the invasion of feral cats, wolf snakes, and yellow ants. Where it was found: Cantabrian mountains (Southern France) and the northern Pyrenees

One of the four subspecies of the Iberian Ibex, the Pyrenean Ibex became extinct in January 2000. The last known of the species a female Pyrenean Ibex, which was nicknamed Celia, was killed by a falling tree. The animal was characterized by its short hair that would grow longer in the winter season. The male and female of the species could be distinguished based on the colour, the fur, and the horn.

The Pyrenean Ibex lived in rocky habitats and once roamed across France and Spain in large numbers. But by the early 1900s, those numbers decreased rapidly. Poaching, diseases, and the inability to compete with other species for food are possible causes for the extinction of the Pyrenean Ibex.

Note: In 2009, scientists took skin cells from the last species of the Pyrenean Ibex and preserved them in liquid nitrogen to clone an ibex. However, the experiment was unsuccessful with the clone dying within seven minutes due to defects in its lungs.

Where it was found: Yangtze River, China

The Baiji White Dolphin was declared to be extinct in the year 2006 after a thorough search of the entire Yangtze river over a period of six weeks failed to yield any results or sightings of the dolphin.

Usually keeping to themselves, the Baijis lived in small groups of two to six. Relying mostly on echolocation, these dolphins would hunt for freshwater fish and find their way around. Distinguished by its stocky body with broad, rounded flippers, the Baiji had a small head with a long and narrow beak.

The Baiji Dolphins were driven to extinction by pollution, construction of major dams, and a rapid increase in human activity around the river. These beautiful creatures were also hunted for their meat, oil, and leather. Today, the Baiji is present only in books as the first dolphin to be declared extinct in modern times. 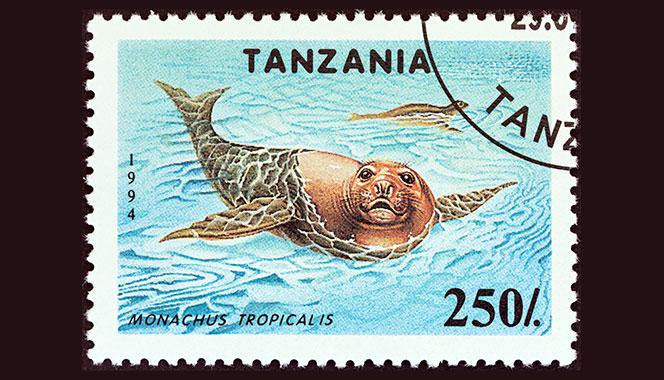 Where it was found: Caribbean and Gulf of Mexico

A species of seal native to the Caribbean and Gulf of Mexico, the Caribbean Monk Seal was first mentioned in the record books of Christopher Columbus during his second voyage to America. Over the centuries, the 'sea wolves', as the Caribbean Monk Seals were commonly referred to were hunted in large numbers for the meat or oil leading to rapidly diminishing numbers. The male was slightly larger than the female and survived on a diet of mostly fish and crustaceans.

After an extensive search by the United States administration for these seals, which lasted for about five years, they were declared extinct in 2008. The first Caribbean Monk Seal to live for long in captivity was kept at The New York Aquarium.

Where it was found: South Pacific Ocean / Indian Ocean

One specimen of the Liverpool Pigeon does exist!!! Sadly, in the World Museum in Liverpool. Also known as the spotted green pigeon, it was native to an island either in the South Pacific Ocean or the Indian Ocean. It has also been previously thought by researchers that it may have been found in Tahiti.

The Liverpool Pigeon or the spotted green pigeon was first mentioned and described by the English ornithologist John Latham in his 1783 work, A General Synopsis of Birds. The pigeon had a black bill with the upper part of the head a sooty black. The rest of the head was mostly a shade of brownish-black while the tail was blackish with a narrow, cinnamon-coloured band at the end.

Surviving on a diet of soft fruits, this pigeon was pushed to extinction by factors such as human hunting and predation.

What is done cannot be undone. The planet which we inhabit is filled with wonders of the animal kingdom. Animals have a right to this earth like us. They too play an important part in the ecological system. This article is a useful read for both parents and children. It gives them information about animals that no longer exist on earth but used to till a few decades or even years back. These magnificent creatures are consigned to history books. But, it is important that we learn from our mistakes and try our best to protect and preserve the existing animals on earth not only for us but also for future generations.

I took the decision to treat leprosy patients for free after an incident that changed my life: Dr. Renuka Ramakrishnan breaks boundaries with love

A life changing incident in her youth helped her decide what she wanted to be - a social reformer! Dr. Renuka Ramakrishnan has been breaking boundaries ever since - with love and compassion