Early math skills predict subsequent school success. Read on to find out how to help your preschooler develop a knack for math using things you can find easily at home For all children, more specifically for preschoolers, learning happens in a way without the children being aware that they are 'learning' something. We all know that is how children learn languages- observe how adults use language, try out, make mistakes, correct them, get it right, consolidate. Learning, a mind-internal process, happens continuously and sub-consciously, spanning across knowledge domains. Can this process apply to domains other than languages such as Mathematics? Yes. Thinking mathematically can start even before the child begins to learn numbers formally.

However, is helping the child to think mathematically important when she is a preschooler? Research has consistently demonstrated that young children's mathematics skills are important predictors of their subsequent school success. Math skills measured at the preschool level predict not only later math achievement but also reading achievement. Further, both researchers and key advocacy groups have called for an increased emphasis on early childhood mathematics, highlighting that young children are capable of learning complex and advanced mathematics. Despite both the research on its importance and calls from advocacy groups, mathematics receives scant attention in early childhood classrooms

Broadly three sets of abilities are important for building prowess in Mathematics in later life. First is the ability concerning pattern recognition, deductive reasoning, classifying and sorting. The second is the ability to calculate. The third is the skill involving spatial recognition which helps in domains ranging from geometry to architecture. All these skills are required to solve real-life problems as well problems in pure mathematics in later life.

Let us examine the first set of abilities - deductive reasoning, pattern recognition, and classification and sorting - and what can we do to encourage mathematical thinking in very young children without making it explicit.

The only kind of reasoning accepted in Mathematics is what is called 'classical deductive' reasoning. The rather famous example goes like this:

Deductive reasoning, in which there is absolutely no room for speculation, forms the bedrock of Mathematical Thinking. The inference is inescapable. Getting children to absorb deductive reasoning would help them up absorb the rigor with which mathematics is to be pursued later.

Can preschoolers be encouraged to pick up logic and deductive reasoning?
Yes, but you have to be careful in making it simple without distorting. For example, suppose your child Rohan has all the toys only in two colors - say, in yellow and green. If you say 'Rohan is playing with his toy and its color is not green', it makes sense for the child to infer that Rohan is playing with a yellow toy. This is deducted from the premise that all of Rohan's toys are only in green or yellow colors.

You can convert this into a game too. What conclusions can be reached from the following statements?

If your child is up to it, you might encourage him to spot errors in this logic that is critical for Mathematics. For example: 'All crows are black. Babloo is black. So Babloo is a crow' - is invalid reasoning. (All crows are black does not mean all that is black is a crow.).

You could try the following (wrong conclusions are in brackets):

Caution: Don't be tempted to convert this into a lesson in logic. See if the child is getting a sense of what is right and wrong. That's enough at this stage.

Pre-schoolers are good pattern-sniffers. According to Australian researchers, Marina Papic, Joanne Mulligan and Michael Mitchelmore ('Assessing the development of preschoolers' mathematical patterning'- Journal for Research in Mathematics Education) pre-schoolers can be taught pattern awareness effectively, and this might have a positive impact when they begin acquiring both computational and mathematical skills later.

Well, what's a 'pattern'? It is any regularity in which the items are related to one another and is predictable. Patterns occur everywhere - in nature (seasons, day and night, full-new moon cycle, etc) as well as in domains such as music, poetry and mathematics.

So, what can you do to strengthen the pattern sniffing abilities of your child?

In general, children love to identify patterns. Once trained to spot patterns, they tend to see patterns everywhere, in the environment, and eventually in human behavior too. That's how they get to know when to pester their parents to get what they want!

The ability to classify and sort comes before learning numbers and is closely related to pattern recognition. It involves finding things that are alike, based on some quality or the other - e.g., color, height, weight, or some other trait. For example, different school buses pick up students from specific areas. One could classify animals based on the number of legs: two (humans, birds, lions...), four (cows, horse, cats....), six (insects like a mosquito), eight (spiders) and so on.

You can create a game to get your child to classify just about anything: toys, household objects, cars, etc. Once classified, the items in a group may be further classified if their interest is sustained. For example, flying living things--> birds, butterflies, insects, bats and so on. Children may be encouraged to find out in what ways two items in the same group are similar and dissimilar.

Here are a few suggestions for ways to engage your child.

1. Take a ball, a cell phone, a matchbox, a notebook and a cylindrical object (say, a log of wood). Ask your child which of them will roll and which ones will slide if placed on top of a slide. (Ball and log of wood will roll; matchbox and cellphone will slide). You could pick more objects to check if they will roll or slide - (laddoo, notebook, orange, apple, key chain...). Initially, you may have to show the object and then check if it will roll or slide. You could then move to just imagining the object without seeing it. This could be converted into a game too with the condition that the object could be found in the house some time and one cannot repeat mentioning it ("All right, show me something that will.....roll!").
However, remember, this challenge is a bit tricky. Says a parent of a preschooler, "When I asked my son, a preschooler, this question, he said it depends. Sometimes, the surface is rough and objects may not slide or roll". Now, if you face a clever answer like this, remember to appreciate the child for being observant. He has begun understanding the concept of 'friction'.

3. How many objects in this room are in color 'white' (or blue, green...)? Let your child come up with the names of the objects in the particular color. You can then say, 'So we have 5 things in 'white' in this room'. You may tweak the question to ask about the shapes of objects. You don't have to ask 'how many' but by attaching a number to the list of items the child comes up with, you are providing an opportunity for the child to pick up some numerical sense too.

4. Sorting laundry clothes in terms of price charged, size; sorting clothes put in the washing machine according to fabric (silk, cotton, denim...), color (white, non-white); sorting books according to height in the shelf; sorting fruits for a fruit salad (citrus - orange, kiwi, etc.; various types of bananas; hill fruits - apple, peach, plum...) can all fit into activities your can administer to your preschooler. Some of these lend themselves to be tweaked as games.

Research by Duncan and colleagues (2007) titled 'School Readiness and Later Achievement', published in Developmental Psychology concludes that early math skills have the greatest predictive power, followed by reading and then attention skills. Another study by Lubinski and colleagues (2014) concludes that for both males and females, mathematical precocity early in life predicts later creative contributions and leadership in critical occupational roles. Such is the importance of pre-number mathematical thinking skills. What's more, initiating very young children into mathematical thinking is likely to prevent a phobia for math in later in school years when they begin wrestling with numbers and equations. 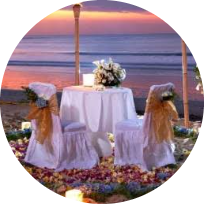 Learning math at an early age can lead to many benefits, both academically and mentally. Starting early is key and parents have a vital role to play in making the subject engaging for their children. Read on

Deepika + some have read this

Maths In The Kitchen: 9 Easy Ways To Get Your Child Interested In Numbers

Learning maths need not always be about practicing sums. Make maths interesting for your child by allowing him to count, measure, and sort items in the kitchen.