Vana Vani situated in the campus of the Indian Institute of Technology, Madras, was founded on 8th July 1963 as a primary school with 52 pupils. Today it has grown and developed into a fullfledged Matriculation Higher Secondary School with around 2000 boys and girls on the rolls. The school is run by the IIT Madras Educational Trust and is managed by a Committee comprising of the Chairman, the Secretary - cum - Treasurer, the Principal, an Educationist of repute and parent representatives. “The school is operated by a Trust, namely, the IIT Madras Educational Trust consisting of the following Trustees - Director (IITM) as Managing Trustee, Registrar (IITM) as Secretary, Dean (Academic Courses) and Dean (Administration) as members. The Trust is a non-profit organisation registered under the Registrar of Societies, Tamil Nadu. For overseeing the school operations, the Trust appoints a Managing Committee (MC), members of which are appointed for a three-year period. The present MC appointees are Prof. Arun K. Tangirala (Chairman), Shri P. Sarvaharana (Treasurer-Cum-Secretary), Mr. Sathish Kumar (Principal), Smt. Vijayalakshmi Srivatsan (Educationist of Repute), Prof. S P Dhanavel (Member, Parent representative from Group A employees), Ms. S Hemalatha (Member, Parent representative from Group B employees), Ms. Shashikala (Member, Parent representative from Group C employees), Ms. Geetha Muthuraman (Member, Parent representative), and Mr. Narayana Perumal (Member, Engineering Unit of IITM). All the members of the MC(except principal) are honorary - no remuneration or monetary benefits are attached to these positions. The entire expenditure for the school’s operation including staff salaries and operational costs is met through the school’s internal revenue generation (through school fees & donations). IIT Madras does not provide any financial grant to the school. ”. 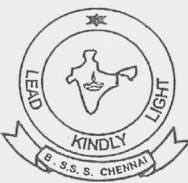 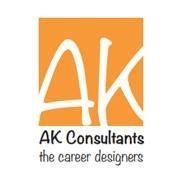 While teaching helps your child learn, does it foster a love for learning? Read on to know how you can encourage your child to love learning.

8 Tips To Help Your Child Learn A Foreign Language Faster

Did you know that learning a foreign language can be incredibly beneficial to your child? Read through these tips to discover how best you can teach him one.

Does Your Child Underachieve At School?

Have you always felt that your child is capable of achieving a lot more than what is reflected in her report card? Here’s how to deal with the issue.

15 Life Lessons Your Child Can Learn From Birds

Our feathered friends can teach our children important life lessons on how to live and aim high. Here are some lessons you must share with your child.

Your child - the storyteller

Thanks for your interest
your details have been submitted successfully

Thanks for your Ratings and Reviews

This is an additional request, do you wish to proceed ?

To continue, we need you to verify your email. This is for your security. We have sent you a verification email.