The Importance And Benefits Of Prayer For Children

Written by Nalina Ramalakshmi and published on 06 May 2021.

Praying every morning can help your child de-stress and think clearly. There are several other reasons to pray. Explore the importance of prayer with this article. 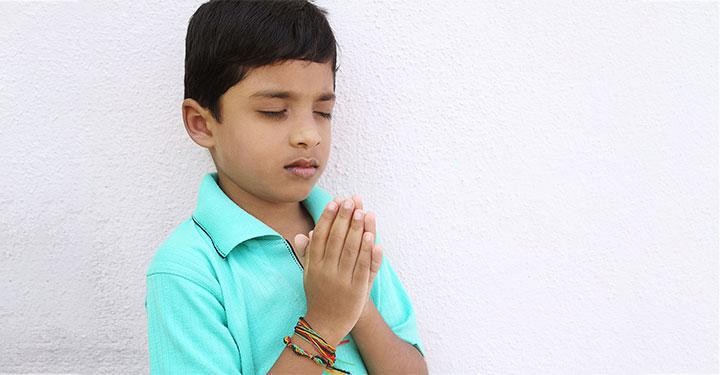 Prayer is the act of surrendering oneself to God. It helps a person grow out of his own limitations, helplessness, and a sense of insecurity. We surrender ourselves to the feet of the Lord realizing that it is the only way to touch the universal consciousness. The importance of prayer in our daily life should never be underestimated.

2. What is the purpose of prayer?

Demanding or begging to fulfill one's wants and desires will definitely limit our human efforts. It slowly leads to lethargy and dependency by making one feel that effort is not necessary and all that one needs to do is to pray to God to fulfill one's desires.

Once, a young boy who had lost the use of both his legs literally dragged himself on the floor and prostrated before me. I was sympathetic towards him and said, This is most unfortunate as you will be limited in your ability to go around and explore the world. To this, he replied, Swamiji, I may not have legs, but God has blessed me with two hands which I use to create paintings. Now, I don't need to go anywhere. Instead, people from far away come to see me and appreciate my works. For this gift, I am thankful to the Lord.

He did not ask God for the use of his legs, he just asked God to bless his efforts.

Encourage your children to pray to the Almighty to bless them so that they may achieve success in all their efforts.

Prayer involves three elements: the person, God, and the prayer. God is not someone sitting somewhere far away from us. God manifests right in front of us in the form of this meaningful creation. God is everywhere, in every form. In fact, everything is God.

Our culture introduces a simple and ideal form of idol worship that helps a person to connect with the almighty, all-abiding consciousness. I invoke this Universal Consciousness by visualizing an idol. But the idol is not my target. Through the idol, I see the all-pervasive Almighty.

For example, if I touch the tip of a person's little finger, his entire body responds to the feeling of touch. Similarly, by worshipping even a small part of this creation, I am connecting with the all-pervasive God.

4. Can you explain the various forms of Hindu worship?

In the Hindu Dharma, there are five forms of worship:

The five basic elements of creation are earth, water, air, fire, and space. Hence the five forms of worship are symbolic of the worship of every element of creation, which is but a manifestation of the eternal Almighty Iswara, God. When we touch any form of creation, we are touching God.

We invoke Iswara in the form of the 5 elements of creation and pray by chanting mantras and slokas.

Mantra is a group of syllables or a group of words that together forms a shakthi, an energy. These were revealed by our rishis. Let us take the mantra OM, It consists of 3 syllables A (Ah), U (Oo), M (Mm). Each of these three syllables creates its own energy. When the syllables combine to form the mantra OM total energy (shakthi) is attained.

I am a part of this creation. I need to draw on the energy of the whole creation. When you chant a single syllable you draw the universal energy into a capsule. Hence chanting a particular mantra is very powerful since you are reaching out and touching Universal Energy.

To better understand this concept, let us take this example. There is a pool of water. You drop a small pebble in the center of the pool. Ripples are formed, originating as small circles around the stone. These ripples continue to expand and travel to the edges of the pool. Similarly, when you chant a mantra, the energy that you create expands, expands, expands and it touches the universe.

6. Should mantras be chanted aloud or in the mind?

There are two ways of chanting; one is to create a sound and the other is to chant internally, and both have different results.

When you pray for universal benefit, you chant the mantra aloud, thus creating vibrations that travel out. When it is to purify yourself it has to be within; you take the energy inside. Our Rishis or Seers first purified themselves and realized themselves. Then they reached out to purify the society. So the purpose of prayer is to first purify oneself and then whatever the purified self sends out purifies society.

7. Why do we chant the slokas (Sanskrit prayers)?

Sloka is a poetic form of prayer. Sloka is also a type of Mantra. A sloka remains a sloka until you believe in it and you chant it with faith and commitment. It then becomes a mantra. Just like an egg remains an egg until the hen sits on it to hatch it, so also a sloka remains a sloka until you put in the effort to convert it to a mantra. A mantra or sloka when chanted in a temple or shrine is always more effective.

We have specifically designated the temple to be a place of worship. So when we enter a temple we are able to leave behind our worries and otherworldly thoughts. We are able to completely surrender ourselves to the Almighty.

However, if you grow to understand the all-pervasive nature of God then God is wherever you are and not merely restricted to a temple.

Here is a story. In a little village, there was a vacant plot where children used to play every day. One day the head of the village decided to build a Shiva Temple on that plot of land, and soon a temple was consecrated. Every day this gentleman did circumambulate around the temple.

One day a young boy approached him and asked, "Previously, I was running around and playing on the grounds of this temple. Now you have kept a Shiva Linga and you are going around it. What is the difference between what I did then and what you are doing now?"

If you expand God to be the entire Universe, then wherever you are, you are one with God. By restricting God in your mind, you are restricting yourself. The almighty is all-pervasive.

Each and every form is an expression of the almighty. Whatever you see, whatever you feel, if everything is God, then you will enjoy God in every moment of your life. 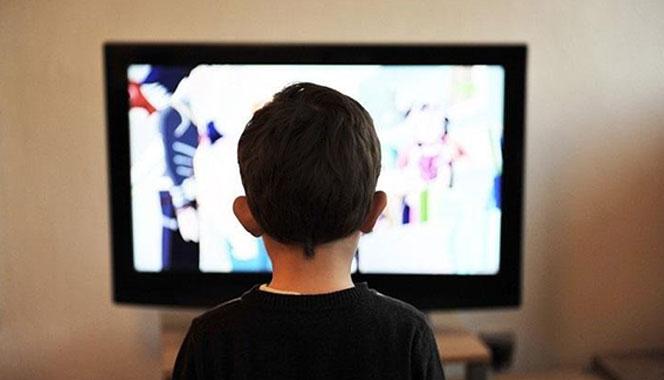 Jayanthan + 7 more have read this 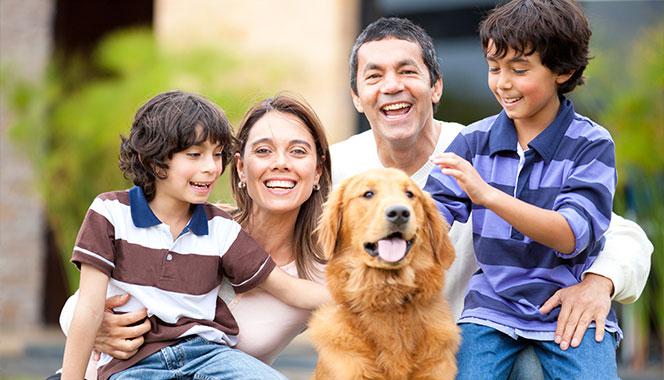 Why Pets Are Good for Kids: Myths Vs Facts

Do you think that having a pet might make your kids sick, keep them from doing their chores or make them neglect their school work? Think again. Pets can actually be good for kids, and here's how 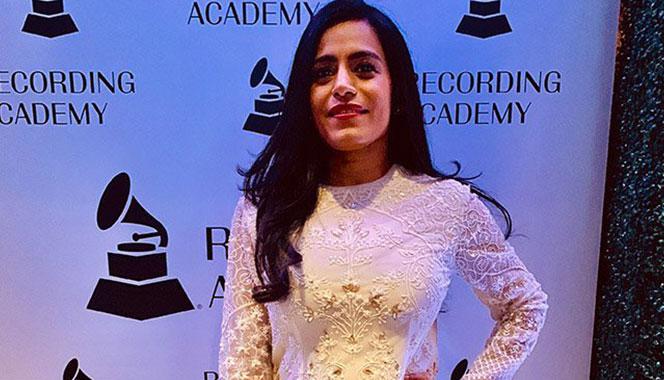 Motherhood, music, and the Grammys: The magical and inspiring journey of Indian singer Falguni Shah

Falguni Shah was the only Indian woman nominee at the 2019 Grammy Awards. Music, she says, makes her journey through motherhood meaningful, keeps her rooted, and...led her to walk the red carpet!

#UnionBudget2020 | Did the Union Budget 2020 meet your expectations?

Call for Enthusiasts | Opportunity to Contribute for ParentCircle

Emergency Funds - How useful can they be? | Share your experiences!