INAWORD was founded in 2000 by Zenobia Irani, a foreign language professional who acutely felt the need for foreign language courses training in Chennai, in which verbal skills, both speaking and listening, are given due emphasis. From a small beginning in rented premises in Besant Nagar, we moved, in 2004, owing to increasing demand for our services, to our current premises (over 3000 sq. ft) at Kasturba Nagar in Adyar, ideally located near the Information Technology Corridor of Chennai. Anticipating the demand for other foreign languages, we started with French and German but quickly added on Spanish, Japanese, Chinese and English, making it Chennai’s premier multi-lingual Institute. We also brought in foreign languages classes that are aligned to premier certification standards – CEFR for French, German & Chinese,  JLPT for Japanese, and HSK for Mandarin Chinese. In April 2017 , we launched our satellite "INaWORD Classrooms" in Kilpauk and Anna Nagar ,  set up in collaboration with Qual-ET Education & Training.  More recently, in January 2018, we have opened up a new INaWORD Classroom in Nungambakkam, also in partnership with Qual-ET.  With this initiative, which will soon also be rolled out into other parts of the city, we are able to bring our services closer to our customers, whichever part of Chennai they live, study or work in. 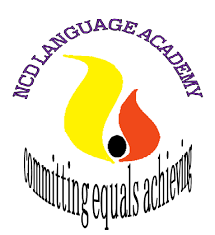 Thanks for your interest
your details have been submitted successfully

Thanks for your Ratings and Reviews

Thanks for your interest

Your details have been submitted successfully.

This is an additional request, do you wish to proceed ?

To continue, we need you to verify your email. This is for your security. We have sent you a verification email.