Parental Alcoholism: The Impact on Children

Parental alcoholism affects children in many ways, as it interferes with parenting duties and family relations. Let's read about the trauma children of alcoholic parents go through. 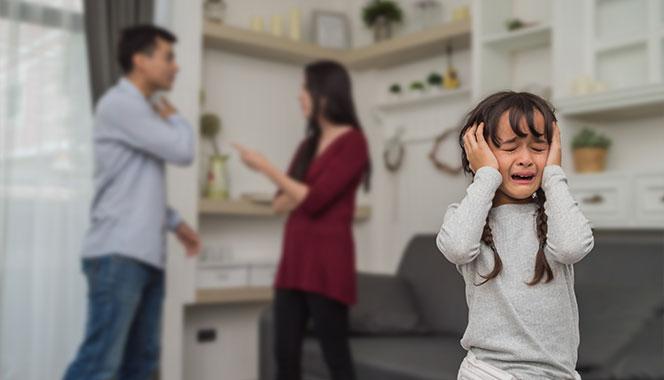 "Alcohol consumption in India on the rise: WHO report" — World Health Organization, 15 May 2014

Today, there is a rising awareness about the ill effects of alcoholism on an individual's health, job prospects, and family. However, what gets overlooked is the devastating impact that parental alcoholism has on the growth and development of children living in households where either one or both parents drink habitually. Let's look at some of the immediate and long-term effects that alcoholic parents have on children.

Let's begin by focussing on the situation in India. In our country, alcoholic fathers outnumber alcoholic mothers. Some of the situations arising as a result of fathers being addicted to alcohol are:

When it comes to alcoholism in mothers, studies seem to indicate that it is more prevalent in the lower socio-economic strata of Indian society.

In every household where there is an alcoholic parent, there are always undercurrents of tension and anxiety. Every member of the family is nervous and jittery in anticipation of the next violent outburst. It is almost as if such families subsist in a state of emotional high alert.

When either parent is addicted to alcohol, children experience a host of physical, emotional, and psychological problems. And, when both parents are alcoholic, the situation becomes extremely bleak for children. Let us now examine how alcoholism in families impacts children.

Effects of parental alcoholism on children

Children from alcoholic families are at greater risk for poor psychosocial adjustments. They suffer from tremendous guilt, embarrassment, confusion, anger, depression, poor peer relationships, and problems in school. Let us take a closer look at some of the problems that children experience when either or both parents drink habitually.

In India, the family's reputation is considered to be of paramount importance. As a result, the fact that a member of the family is an alcoholic is kept as a well-guarded secret, and outsiders are led to believe that the family is picture-perfect. But, behind closed doors, the abuse continues. Children in such households carry a heavy burden of responsibility, which is two-fold. On the one hand, there is tremendous emotional conflict brewing within their mind to resolve this dichotomy between what the world perceives as the perfect family, and the monster they witness emerging within the confines of their home. On the other hand, they become self-professed custodians of their family's honor and continue to carry the torch of silence and secrecy into adulthood. This adversely impacts their personal relationships in later life.

Children are wired to personalize everything that goes wrong around them. Witnessing an alcoholic parent raging through the house, abusing everyone, engaging in violence, and destroying property leads them to internalize the cause of these problems. They begin assuming that they are somehow responsible for their family's dysfunction. This leads to inexplicable guilt. This burden of guilt holds them back from attempting to make positive changes in their own lives.

Children from alcoholic homes are often angry and bitter, not only at their alcoholic parent but at the whole world. They are unable to explain or rationalize these feelings, and often exhibit uncontrollable rage when situations trigger the dormant resentment within them. As a result, such children often grow up to be violent and aggressive adults.

Carrying on the legacy

Research has established that alcoholism runs in families. Children of alcoholic parents are at a higher risk of abusing alcohol themselves. This is not always true, though. Many children from alcoholic families tend to develop an aversion to alcohol and swing to the other end of the extreme by avoiding even references to alcohol.

Although many studies have been carried out to identify specific differences in the impact of alcoholism on boys and girls, the evidence is inconclusive. However, it has generally been observed that, after consuming alcohol, boys tend to act out more and behave aggressively, while girls tend to become withdrawn and quiet.

While support structures in India are not on a par with the West, we do have reasonable systems in place. Alcoholics can sign up with support groups such as Alcoholics Anonymous to get help. Also, there are several de-addiction centers spread across India. Nowadays, many large hospital chains also offer detoxification, rehabilitation, and counseling services to alcoholics and their families.

Children of alcoholic parents need emotional help and therapy, and it would be best to get them the necessary counseling and support as soon as possible. The child's school counselor may be approached for guidance in finding the appropriate resources. Sometimes, even pediatricians can help with referrals and suggestions. The sooner a child receives therapy, the better the psychological prognosis.

Are you comparing or judging when you quote examples of other children for your child to follow? Think again! Read on to understand the ill effects of comparison on children.

Teach Your Child That Skin Color Discrimination (Colorism) Is Wrong

Did your child pass a hurtful comment about someone's skin color? Here's how you can teach your child that skin color is natural, and how to be sensitive towards it. 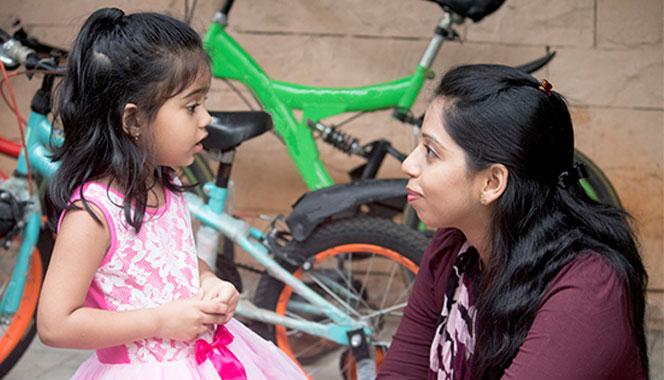 Use of negative words while interacting with your child can be detrimental. Here are some tips to help you use positive language during conversations with your child.

Would you like to share some of your childhood experiences about your parents saying NO to you?