Written by Team ParentCircle and published on 29 April 2021.

Every parent wants their newborn to get the perfect name. Here are some tips on choosing the best name for your little one, along with a few trending baby names to help you choose

What are the criteria that most parents consider while naming their child? Do they go by tradition or popularity? Or, do they decide on a whim? Most often, it's the latter. When Bollywood actor Jackie Shroff's son Tiger was about to make his debut in the movies, there was a string of memes and jokes on the social network about his unusual name, like "Give a round of applause to Tiger Shroff for his Oscar-winning performance in Life of Pi".

That is just one instance. Celebrities are known to pick unusual monikers for their kids. Kim Kardashian and Kanye West named their daughter North West, while Sylvester Stallone's son is named Sage Moonblood. Parents often make the mistake of choosing a name for their child which might sound unique at first but is deemed outrageous later.

The most unusual names for girls have been Adorable, Aviary and Reality, while some parents had given their boys names such as Emperor, Galaxy, and Warden. Sometimes, parents name their kids based on random ideologies or because they like a certain author or literary character. But whatever nomenclature you might choose, make sure that it doesn't adversely affect your child.

There are certain factors everyone needs to keep in mind while naming their baby.

Is the name very common?

Apart from the fact that it is unimaginative, giving your child a name that is extremely run-of-the-mill can result in practical difficulties. For example in school, if there is more than one John or Geeta in the class, it may lead to confusion. Worse still, when the child has to be part of a group, he will be known only by his initials. This makes it essential for you to choose a name that is less ordinary yet dignified.

Is the name difficult to spell and pronounce?

Imagine having a name like Wojciech Szczesny! Most people address the Arsenal goalkeeper as Wojo. However, if a football enthusiast parent decides to name his child after the Polish footballer, it will lead to a lifetime of correcting pronunciation and spelling. A name as common as Jyotsna sounds fine till someone asks for the spelling - "Is it Jotsna, Jyotsana or Jyoshna?". It is the same case with Sreenivas, which could be spelled Shrinivas, Srinivas, or Srinivasa. So, make sure your baby has a name that cannot be interpreted in different ways.

Is it compatible with the surname?

Parents should be careful to check that the name they choose for their child goes well with the last name. It would be disastrous to have a name like Holly Day or Olive Green or a tongue twister like Deepshikha Dikshith. A person named Manana Chanana might not be quite impressed with how her name sounds. Also, make sure that the child does not have to endure the embarrassment of having funny initials such as PK.

Is it a common name with a different spelling?

Some parents will choose a name that everyone agrees with, then go ahead and change the spelling just to make it different. It has become a trend these days to take a popular name and change the way it is spelled. Many people are unfortunately buying into this practice because it is also a celebrity fad (read Shahrukh Khan's son AbRam). For example, take the name, Krishna. Some parents want it to sound cool so they make it Krsna or Krisnah. A simple Jack would not do, so it becomes Jaq or Jac. The onus finally falls on the child who must forever correct the spelling.

Is it a very unusual name?

Every parent wants her child to have an offbeat or unique name. A lot of thought goes into naming the child but if the name is very rare and has to be repeated many times before someone actually gets it, then it is a problem. We love unique names such as Reyansh or Agastya but calling your little one Abhrakasin, Abhyagni or Dwaipayan can be a little unfair. Your child will have to spend most of his time explaining to people what the name means.

Is it based on tradition or numerology?

In India, it is a regular practice to name a child according to the time of birth or with alphabets suggested by their horoscope. That is not a bad idea at all. It gives you a good start on choosing a name. Checking the numerical compatibility is also common. But the trouble begins when you have to add extra alphabets and vowels to make it compatible. So Abhilash becomes Aabhilaash and Sanjana becomes Saanjanaa. This kind of spelling makes the name complicated.

Is there a trend or event attached to the name?

Don't worry too much about a trend or a happening in the recent past that may be connected to a name that you really like and want to choose for your newborn. Public memory is short about events and trends that are born and buried every day. So there's no reason to be wary of a name, which may be attached to a person or event that has a negative connotation. However, it is better to steer clear of names of characters in mythology or history that are seen in an unfavorable light because those stay forever in memory.

Did you choose the name based on advice?

While it is a good idea to ask for suggestions from family and friends for a unique nomenclature, do not be obliged to heed their advice. Naming your child is your responsibility and privilege, so you need not feel pressured to adopt a name just because a pushy relative insists on a particular name. Suggestions are welcome but finally, it is the parents, who make the ultimate decision about what their little one will be called.

Naming a newborn is not an easy task. A lot of things need to be considered and pros and cons examined while scouting for a name. Since it is the first gift you give your little one, ensure it is something he will be pleasantly remembered by.

Baby naming traditions around the world 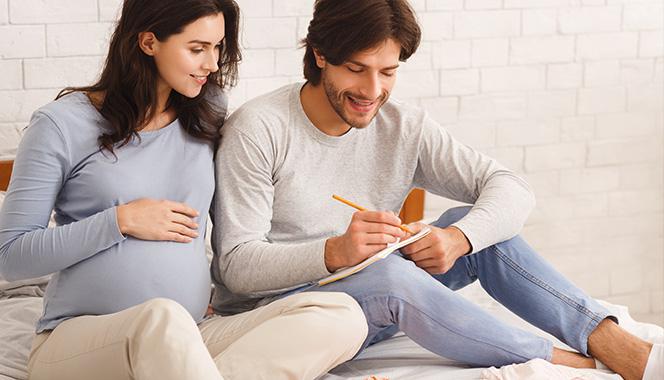 All over the world, different countries have different traditions when it comes to naming their newborns. Here are some of the interesting ones:

The Greeks follow the practice of naming their babies after saints and the naming ceremony is held on the seventh or tenth day after birth. Some of them also get their grandfather or grandmother's name.

This country has a peculiar tradition of naming kids. Children get both the parent's last names, so technically they have two first names. The names are usually religious in nature.

In Nigeria, the Yoruba traditions of naming a child are quite unique. Children are named according to the circumstances they are born in. For example -- born with the umbilical cord around their neck, resembling a grandmother who died before the baby was born, born to parents who were longing for a child, born abroad, and so on.

There is a lot of culture and tradition that goes into selecting a Chinese name as it is supposed to determine the child's fortunes in getting a good education, career, etc., in the future. Each name is uniquely created after looking at the time and date of birth, alignment of the stars, and so on.

Non-Violent Video Games Your Teenager Can Have Fun Playing 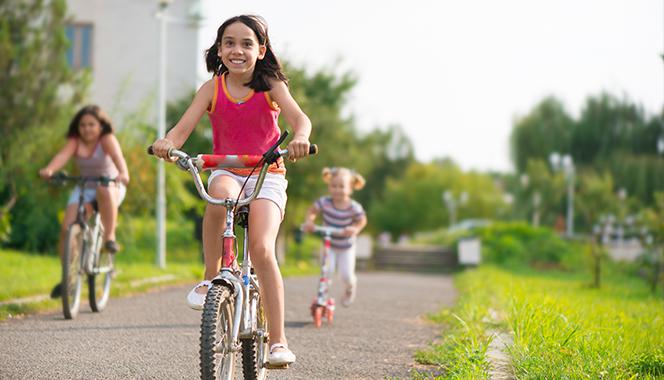 Engaging Screen-Free Activities For Your Kids

Do you worry that your child spends too much time with his gadgets and does not engage much in outdoor activity? Don't fret. We give you interesting ideas to spend a day away from technology with kids

What's Happening in the City?