Feeding your kids healthy organic food in their formative years is the wisest choice you can make as a parent. Learn how Namma Suvai is helping families go organic and promote healthy living. 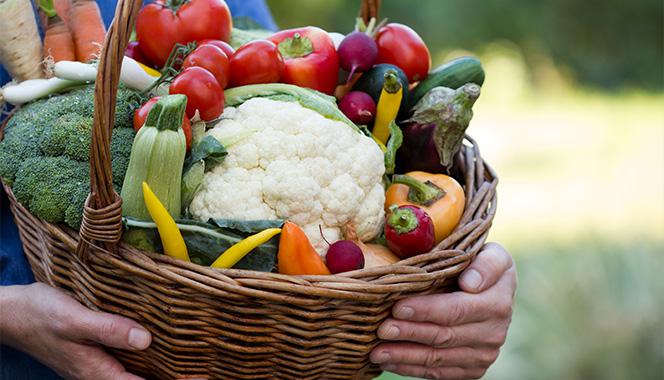 Staying healthy is the first and foremost goal for all of us. To be healthy, we have to start by eating healthy. For this, organic is the way to go. And, as parents, you need to remember that healthy kids are attentive in class and learn and pick up new skills with ease. Also, parents of healthy children have more time to pursue their goals and passion. So, you need to focus on eating healthy organic food.

Divya Pamuru is a woman on a mission. Co-founder of Chennai-based Namma Suvai, her goal is to put pesticide-free, preservative-free nutritious food from the farm on everybody’s plate. Her passion for organic farming stems from her horticulturist background as well as from her five years of working with farmers in rural Andhra Pradesh. It must be mentioned here that this farmer’s daughter was in love in farming so much that she gave up the opportunity to become a doctor and pursued horticulture instead.

After marriage, she settled down in Chennai and was in for a rude shock as the fresh food that she had grown up on and taken for granted was scarce and inaccessible. So, she continued to nurture her dream of farming one day.

Later, when her first son was born, she came back to Chennai from her hometown when he was six months old. That was when he began to fall sick often. “As a young mom, I did not know what was going on. I tried out various things. Nothing worked. My hunch was that it had to do something with food, but I could not do much about it,” says Divya.

However, by the time her second son arrived, she was determined. She had by then started working with farmers, FPO (Farmer Producer Organizations), and farming communities. She now had access to naturally grown food that was free of preservatives and chemicals. She had also made new friends – parents of her elder son’s classmates and young moms – who were interested in healthy food.

She now procured directly from the farmers growing organic produce and distributed them to her friends. They all started noticing a difference. “The first two years of my children's life were polar opposites. For my younger son I never had to go to a physician except to get vaccinations,” says Divya.

From there Namma Suvai slowly grew, as they added more variety, and friends of friends started asking for the produce. Namma Suvai now delivers all over Chennai and is working with rural farmers growing organic produce in Tamilnadu, Karnataka, and Andhra Pradesh. Divya also has an organic farm near Chennai.

To promote an organic food culture, the Namma Suvai community has a vision in place. Their vision revolves around the following highlights:

For families who want to switch to organic foods, the primary challenge is the lack of access to authentic organic produce and the high price that goes with such food. Namma Suvai solves these by placing pre-orders with farmers who are vetted for their organic produce. When the produce arrives, it is sorted and graded before delivery. No inventory is held.  This model lowers costs, keeps the produce fresh, and eliminates the need for adding preservatives or chemical additives to prolong the shelf life of the products.

Why you should support the Namma Suvai initiative

For better taste and nutrition: Namma Suvai’s organic food produce is grown using organic manure, which boosts the richness of organic matter and nutrients in the soil. Plants grown in this type of soil contain an abundance of antioxidants and minerals, which makes our produce taste better than what you buy from your local vendor.

To eat fresh produce: After harvesting, food begins to lose its nutrients. So, the longer the produce is kept on the shelves, the more nutrients it loses. No one understands this better than Namma Suvai. Since organic food does not have a long shelf life, we try to ensure that our produce reaches you soon after it is harvested. As a result, when you pick Namma Suvai’s organic food, not only do you choose to eat healthy, but also fresh.

To avoid toxic chemicals: Food grown using inorganic fertilizers and pesticides is a dangerous mix of chemicals. There are several studies that show the side effects of these chemicals on our health. When it comes to children, consuming foods laced with additives and other chemical substances can cause delayed growth in them or make them fall sick. At Namma Suvai, we are working to ensure that your body does not become a depository of chemicals. And, for that, at our farms, we use natural manure, which helps the plants grow as nature intends them to. So, by consuming our organic produce, not only do you protect the health of your family, but you also promote our practice of organic farming.

To nurture and preserve nature: Growing crops in harmony with nature is the philosophy behind the process of organic farming adopted by Namma Suvai. So, we tie up with farmers who engage in practices such as crop rotation and using organic manure and pesticides. Not only does this reduce the carbon footprint but also prevents pollution caused by chemical fertilizers and pesticides. So, when you bring home our organic food products you help support those who work with nature and you strive towards nature conservation too.

All parents strive to ensure their childrens physical and mental well-being. But invariably, some decisions they take may be harmful for their kids health. Heres how to avoid making these mistakes