Doing All These Things Makes You An Emotionally Abusive Parent

You never hit or scold your child, yet you're accused of being an abusive parent. Why? Perhaps you're unknowingly undermining your child in little ways, every day. Find out how.

Here, we help you define emotional abuse, explain its forms, and examine its impact on children.

What is emotional abuse?

The term refers to the persistent emotional maltreatment of a child. It is sometimes also referred to as psychological abuse and can cause serious damage to a child's emotional health and development. Emotional abuse is an attempt to control the child, often using emotion as a means of doing so.

Many of us parents, especially in our culture, do not realize that we are emotionally abusing a child. This is because we are often unaware of the scope and extent of such abuse. So, here is a list of 14 parental behaviors that constitute everyday emotional abuse in varying degrees. The first letter of each behavior combines to form the acronym 'EMOTIONAL ABUSE'.

Exerting control over the child at all times: Do you find yourself calling the shots about what your child eats, the clothes he wears, and whom he befriends? It may be time to take a step back and ask yourself why you do so. Such parental behavior makes a child feel completely dependent on the controlling parent, leading to an absolute inability to make decisions or take responsibility. Controlling parents frequently monitor the child's phone calls, text messages, social media, and email. Some of them snoop around their child's room, looking for a diary or journal to read, thereby violating the child's privacy. This kind of abuse can cause children to have lifelong trust issues, especially with authority figures.

Making fun of the child constantly: A cruel form of emotional abuse is poking fun at your child by shaming and humiliating her. It gets worse when you do this in the presence of your friends or siblings. Often, such behavior is masked by passing it off as a joke and urging the child to develop a 'thick skin' or a 'sense of humor'. However, in reality, it is emotional abuse. Constantly teasing and degrading a child makes her feel insignificant. Such children begin to shun attention to avoid being ridiculed. They may also become withdrawn and solitary.

Ordering the child around: Some parents order a child around, expecting conformity and compliance. Such a child may begin to view himself as a parental helper and his self-esteem would suffer. He feels scared of thinking for himself or doing anything on his own. He believes that following orders is the only way to be. What makes this form of emotional abuse hard to spot is that it is very subtle. Praising the child when he performs or scolding him when he doesn't, teaches the child that he is worthless for who he is unless he carries out his parents' orders.

Threatening the child: Using threats to obtain compliance is a common form of emotional abuse. Threatening a child into obedience usually begins when the child is very young — one or two years old. Parents usually begin by issuing benign threats such as telling the child about scary policemen or monsters who will 'catch' her if she misbehaves. The threats escalate as the child grows older. Threats can take many forms, such as, 'I will lock you in a dark room', 'I will throw you out of the house', or 'I will break your legs'. In many instances, the emotionally abusive parent also turns physically abusive when trying to carry out the threat. For instance, a child may be starved as a punishment for some misdemeanor or, she may be beaten up when she disobeys.

Isolating the child: Limiting a child's freedom of movement, stopping him from expressing himself, and discouraging him from talking to others (such as friends or family) can have the cumulative impact of isolating the child and pushing him to withdraw into himself. For instance, I know a mother who thinks that her son is an object to be possessed and she prohibits him from talking to his grandparents and, sometimes, even to his own father. She fears that she will 'lose' the child if he gets close to anyone but her. Isolated children may grow up with very poor social skills, unable to make meaningful connections with people in adulthood.

Overtly undermining the child's confidence: This might include acts like dismissing the child's opinion or making her doubt herself by acting as if she is being ridiculous. Sometimes, a child musters the courage to speak up. If you as a parent end up disputing her version of events or treat her nicely after dismissing her opinion, you undermine her confidence by making her doubt herself. She questions her experiences and beliefs. Such a child may feel compelled to take refuge in lying, cheating, and deceit to feel safe.

Not listening when the child speaks: If you are fiddling with your phone when your child is speaking to you or, browsing through the newspaper as he tries to make conversation, you are giving him the message that he does not count. Feeling constantly ignored by a parent over time can seriously damage a child's self-esteem.

Always criticizing the child or using put-downs: Using phrases like, 'I do so much for you, but you are just ungrateful', 'How many times have I told you...', 'Are you so dense that you just don't get it?', 'I am so fed up with you!', add up to disapproval and criticism. By nature, every child wants to please her parents and seeks their approval. When met with criticism and disapproval all the time, a child feels like a failure and gets anxious when attempting anything new. This happens because of a deep-seated fear of disappointing the critical parent.

Labeling the child and name-calling: Do you ever call your child names like 'lazy', 'useless', or 'stubborn'? A child who is labeled comes to believe these environmental messages and these become his life script. He begins to live up to these labels by accepting them and defining himself as lazy, useless, or stubborn.

Accusing or blaming the child: Some parents unconsciously blame their child for their own shortcomings and failures. A mother once confessed to me that she told her son, I gave up my career when you were born. The child attempted suicide when he was nine years old. In therapy, the child revealed that he believed he was responsible for ruining his mother's happiness.

Children are naturally wired to believe that they are the cause of anything bad that happens to their parents. Hence, by explicitly accusing or blaming your child, you may push her to drastic actions like self-harm.

Bullying or intimidating the child: Bullying could include doing things like shouting, acting aggressively, or scaring the child into submission. It is often done to make a child feel small and stop him from standing up for himself. Children who are bullied by their parents lack assertiveness and often become the targets of bullying by others. In some cases, children who are bullied start bullying others.

Using sarcasm: Emotionally abusive parents often make unreasonable demands, act superior, and expect their child to agree with them unconditionally. When situations seem to out of control, they resort to using sarcasm and caustic remarks against the child. Young children struggle with sarcasm because they are literal thinkers and don't understand it. Older children feel hurt and devalued by sarcastic comments from a parent. Such feelings of hurt either make children vindictive and sarcastic, or hypervigilant, as they become guarded and mistrustful.

Starting arguments and blaming them on the child: Another typical trait of emotionally abusive parents is the habit of starting pointless arguments and senseless debates. However, they then turn the tables such that the child comes away feeling defeated and overwhelmed. To make things worse, the child is led to believe that it was he who started the argument in the first place. The child's protests fall on deaf ears; and if by chance, he happens to suggest that it was the parent who started it, he is undermined and chastised. This leads him to question his own perceptions.

Emotionally blackmailing the child: In a parent-child relationship, emotional blackmail might translate into making a child feel responsible for the parent's happiness. Statements such as, 'Won't you do it for me?', 'If you won't do this, I will not talk to you', and 'How can I ever be happy when you behave like that?' put tremendous pressure on the child. As a result, the child keeps trying to please the parent. Sadly, no matter how hard the child tries, she is never able to satisfy her parents' unmet needs. This results in a vicious cycle of blackmail at an emotional level. Emotionally blackmailed children can grow up to be emotional blackmailers themselves, as they learn at a young age to manipulate others or act passive-aggressively to have their needs met.

Now that you know how parents end up emotionally abusing their children, it's time to ask yourself if you too are emotionally abusive with your child. If the answer is Yes, then now is a good time to reevaluate your own behavior and work towards taking corrective measures. A good way to begin would be to keep reminding yourself that your child owes you nothing. This can help you manage your anger and prevent you from unintentionally abusing your child. Remember, it is your child who has bestowed upon you the status of being a parent. It is a privilege. So, value it by treating your child with the respect and dignity she deserves. 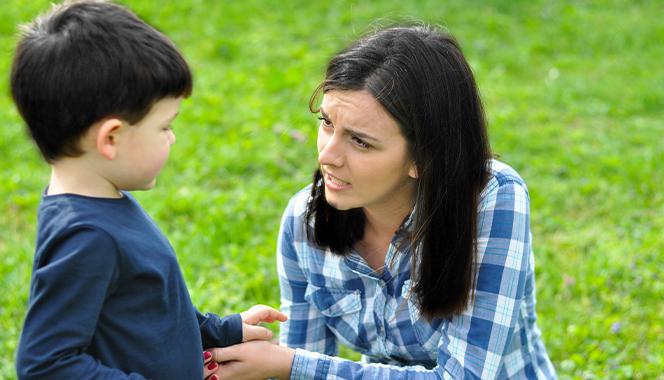 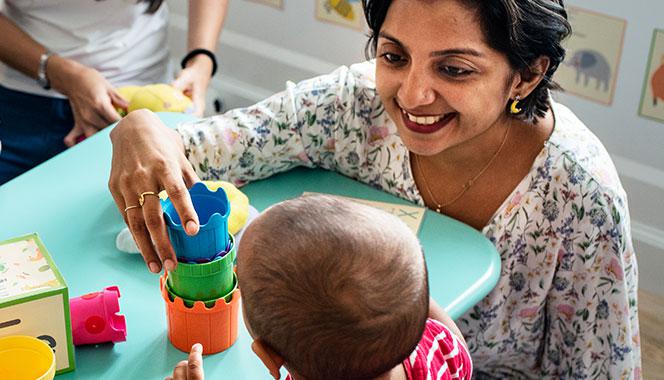 How to Talk to Your Preschoolers Teacher

After you enroll your child in school, the next step is to develop a good working relationship with her teacher. Read on to understand how to talk to the person who is molding your child's future.

Articles, tips and materials to help you through your parenting journey!